UPDATE:
On May 11, 2020 the news reports in New York headlined a Cuomo switch where the Governor reversed his nursing home policy - namely, sending residents who have tested positive back to the same place:

See NBC: "We're just not going to send a person who is positive to a nursing home after a hospital visit"

I have posted several articles about the Cuomo nursing home scandal and funeral home tragedy previously (See here, here, here), and now we see this issue is getting political.

Former New York State Governor George Pataki is a Republican. Andrew Cuomo is a Democrat. It is quite possible that supporters of Andrew Cuomo will create a media moment that is based upon partisan interests. This would be a terrible mistake. Political interests need to stay away from the terrible scandals following both Cuomo and his fellow Democrat NYC Mayor Bill de Blasio (see here as well as posts about Bill's wife Chirlane McCray).

Treating the dead as trash is a human tragedy that transcends politics.

Former Gov. George Pataki slammed Gov. Andrew Cuomo’s nursing home policies during the coronavirus pandemic as a “disaster” that may have unnecessarily caused the deaths of “thousands” of vulnerable elderly residents.
In a rare swipe at his successor Friday night, Pataki called for an independent probe “so this never happens again.”
Pataki said the state Health Department should never have issued an edict requiring nursing homes to accept coronavirus virus patients into nursing home facilities filled with sick, elderly patients — the population most at risk from the killer COVID-19 bug.
Compounding the misguided policy, Pataki said, is that the nursing homes lacked the personal protective equipment or testing capability to isolate and contain the spread of COVID-19.
Pataki also said he was dumbfounded as to why infected patients were sent to nursing homes instead of “hundreds of unused beds” at the two temporary hospitals at the Javits Center and the Navy’s USNS Comfort hospital ship.
“Gov. Cuomo’s handling of the nursing homes has been a disaster,” Pataki, the former-three term governor, told The Post. 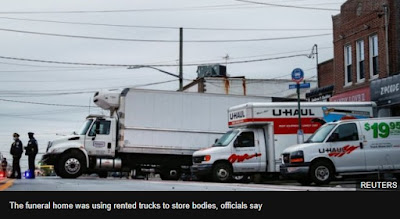 “Thousands of people's lives might not have been lost except for these tragic policies.”
Pataki, a Republican who served between 1995 and 2006 said, “Everybody knew that the most vulnerable population was senior citizens. And the most vulnerable senior citizens are in nursing homes.”
Pataki said the nursing homes didn’t have adequate personal protective equipment to protect their existing staff and patients.
“To compound the problem, the state-required nursing homes to admit coronavirus patients. Anyone should have known this would be a problem — to require nursing homes to take in coronavirus patients,” he said.
He also rapped Cuomo for saying “it’s not our job” to provide masks and gowns to nursing homes, though state officials were doing so.
“It is the executive’s job,” Pataki said.
Pataki also said the nursing homes didn’t have or were not provided with the testing needed to determine which patients or staff had the virus.
He also cited a Post report that revealed the state Health Department allowed nurses and other staff who tested positive for the coronavirus to continue treating COVID-19 patients at an upstate nursing home. Following the report, the department said it implemented a new policy restricting COVID-positive staff from returning to work for 14 days.
“Any way you look at it …This is inexcusable. There’s no defense for this,” Pataki said of the policies. 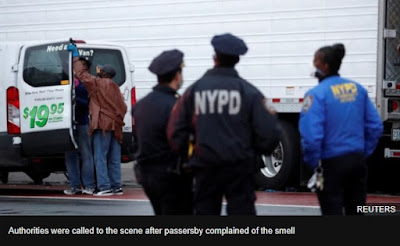 He mentioned Cuomo has become one of the “most popular politicians in America” because of his press briefings on COVID-19.
Still, “it’s not about the appearance but the function of the office,” Pataki said. “The buck stops with the executive office.”
Pataki later went on Fox News and called Cuomo’s policies “incomprehensible” and a “disgrace.”
Cuomo’s senior adviser Rich Azzopardi returned fire, calling Pataki’s attacks a “sad, sad bid for relevancy.”
“It is sad and unfortunate that his star has fallen so much that he’s willing to go on TV and misrepresent the state policy,” which is based on US Centers for Disease Control guidelines, Azzopardi said.
Azzopardi reiterated prior statements from the governor that the nursing homes can only accept coronavirus patients if they have a safe facility with proper staffing and protective equipment.
Cuomo officials also parried widespread complaints of inadequate PPE, saying the state delivered 2 million pieces of protective equipment to nursing homes.
He also said federal policy restricted patients sent to the Comfort hospital.
“George Pataki doesn’t know what he’s talking about. He hasn’t had a clue in 20 years,” Azzopardi said.
Cuomo and Pataki have a complicated relationship.
Pataki defeated former three-term governor Mario Cuomo — Andrew’s dad — to become the state’s chief executive, in 1994.
Andrew Cuomo came under fire during his first bid for governor in 2002 when he said then-Gov. Pataki would just “hold the coat” of former Mayor Rudy Giuliani in terms of leadership following the Sept. 11 attacks. He later abandoned his campaign before the Democratic primary.
But when Cuomo did win the governorship nearly a decade later, he appointed Pataki to serve and co-chair  on a panel that recommended tax cuts. Pataki has generally refrained from second-guessing Cuomo’s actions.
Posted by Betsy Combier at 8:09 AM