I’m a lawyer who fights for victims of online harassment, sexual assault and blackmail. When I first started my Brooklyn firm five years ago, I was known as “the revenge-porn lawyer,” and indeed many of my clients were young women whose naked pictures had been posted on the Internet without their consent for the world to see.

My clients — nurses, students, teachers, moms, lawyers, dominatrices, celebrities — suffered horribly from their most intimate pictures being shared publicly. In my book, “Nobody’s Victim,” I discuss stories of my clients who were humiliated, harassed and stalked online by people who viewed nonconsensual material and photos of them on the Internet. Without exception, my clients’ No. 1 urgency was always the same — their horrific Google results!

At this point in time, nobody accepts a date, new hire, roommate or even college applicant without first doing a Google search. Google, with its 5.6 billion searches a day and ownership of 92.19 percent of the search-engine market share worldwide, enjoys a virtual monopoly on all of our reputations. It used to be that our reputations developed organically and locally through firsthand encounters and normal word-of-mouth gossip. Now Google’s PageRank algorithms determine what — and how much — people around the world know about us.

After her video was posted online, she told us, “I had to change my major and career choice. I lost a lot of friends, and my family wouldn’t talk to me for a while. I have had nightmares about it and dreams that it never happened or that it was somehow erased completely. It was one of the worst things I have ever done and not just because it showed up on the Internet. I wish I could erase that memory out of my mind forever. I was spit on while making the video, and I have never felt more disrespected or devalued in my entire life.”

We sent affidavits to Google urging them to remove the videos.

Google’s policies dictate only two instances when they will remove content — child pornography and copyright-infringement requests.

The current policy says Google may remove nude or sexually explicit images that were shared without consent, but the company maintains sole discretion about when to remove nonconsensual pornography. If Google decides it will keep linking to a website that contains your nude images, victims are just out of luck. And there’s no appellate body. There is no law, only corporate policy, that protects (or fails to protect) victims’ most private information. Not even New York’s new revenge-porn laws help here because they are aimed at punishing the individual who nonconsensually shared the material and not the search engines that drive views.

Google knew these women had been tricked, held captive, sexually assaulted and humiliated and were suffering because of the exposure it was causing, but corporate interest dictated total indifference. To this day, Google will not remove those links from their search-engine results. The graphic evidence of abuse now haunts these women as they apply for jobs, use social media, seek roommates, date. Most of these women remain underemployed, terrified and unable to lead normal lives because Google won’t lift a finger on the basis of its cynical corporate policy.

One of the few rules on the Internet is the sanctity of copyrights. Yet, when it comes to porn, Google sometimes defies its own terms of service and ignores even that. In one case, our 18-year-old client “Anna” was horribly exploited by older men three times her age who videoed themselves having violent sex with her. It wasn’t long before the videos began to populate the first five pages of her search-engine results. Over the next several years, the stalking, harassment and death threats from her “fans” became unbearable. My client moved and everybody in her family changed their names, yet somebody found her new name and posted that online. The video followed her because of Google.

Shocked, Anna asked, “Why can’t we just sue the websites?” I explained federal law protects the websites that post the information revealing her identity and disseminating her video. Anna’s parents were thinking even bigger, “If they won’t remove the videos voluntarily, why can’t we sue Google?” 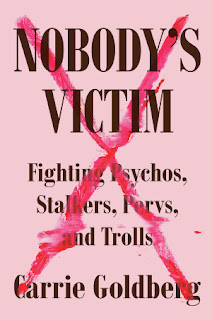 I explained to Anna’s mom, as I have to so many clients whose lives are rerouted because of negative Google results, that Google is immune from legal liability because of a federal law from 1996 called the Communications Decency Act Section 230, which effectively immunizes tech companies for content created by a third party. So long as a website or Google did not post or create the material, even if it’s illegal, they can still post it on their site or search engine and even profit from it.

During a congressional hearing with Google CEO Sundar Pichai in December 2018, Pichai said Google’s big objective was “to provide users with access to the world’s information.” While excellent for finding store hours and movie reviews online, the company’s limitless definition of “information” sweeps in pernicious websites devoted to fake news and conspiracy theories, publishing illegal nonconsensual pornography, accusing named individuals of extramarital affairs, sexually transmitted diseases and pedophilia; mug-shot sites that extort money from people — often individuals never charged with a crime — for the picture to be removed; and databases maintained by anti-abortion activists that publish intimate details about abortion providers including their medical licenses, transcripts and home addresses.

So long as anybody with an Internet connection can create content, and websites have no liability regarding the truthfulness of that information, our so-called “positive actions” can’t ensure “positive search results.” As I say at my firm, we are all a moment away from having our life overturned by somebody hell-bent on our destruction. If somebody wants to take us down, they use the Internet to spread inescapable lies. But even if we do something “negative,” to use Lieu’s term, should that mean we deserve to be connected to it for the rest of our lives?

Not too long ago, we could escape our pasts by moving, changing jobs and transferring schools. Because of Google, that’s now impossible. Google’s algorithm controls the ranking of everything anybody sees.

Many people accept the ranking of search-engine results as a naturally occurring phenomenon. But deliberate decisions go into the algorithms that decide who sees what. They are business decisions. They are value decisions. They are decisions made by people in an industry known for its sexism with a disproportionate number of men in leadership roles.

It’s no coincidence that Google quietly removed their “don’t be evil” motto from its corporate code of conduct in May 2018. Its recent and past treatment of sexual privacy proves that Google is finally willing to embrace its policy of being evil.

Cuomo launches his own $2 billion legal action against opioids

Gov. Andrew Cuomo wants to inflict some pain on the producers and providers of dangerously addictive opioids.

Alleging an "industry-wide conspiracy," the governor announced on Tuesday that his Department of Financial Services had issued subpoenas to dozens of individuals, insurers and drug providers. These range from Oxycontin creator Purdue Pharma and members of its controlling Sackler family, to pharmacy benefit managers such as CVS Caremark and Navitus Health Solutions, to insurance giants such as Emblem Health and Aetna. Even New York City's Health+Hospitals' insurance arm Metro Plus falls under the probe's scrutiny.
Cuomo said his intention is to recover $2 billion he asserts New Yorkers overpaid in premium costs as a consequence of fraudulent activity in relation to opioids. State law authorizes DFS to regulate fraud in the insurance industry and to issue fines of up to $5,000 for every infraction, on top of recovering damages.
"I've seen a number of schemes and frauds, but the opioid scheme is as diabolical, as brazen, as obnoxious and as offensive as anything I've seen," Cuomo said, referring to the misrepresentation of the addictive qualities of opioids.


Cuomo stressed that this action is distinct from the lawsuit the attorney general's office lodged against Purdue Pharma last year. It is also separate from the case Mayor Bill de Blasio's administration has brought against the Sackler family, which founded and owns Purdue, and against chain pharmacies that supplied Oxycontin, including CVS and Wal-Mart.
It comes as a number of states have successfully sought damages or settlements from Purdue and Johnson & Johnson.
Ironically, Crain's found Cuomo's campaign has received $51,000 from Connecticut-based Purdue Pharma heir Jonathan Sackler, who resigned from the firm's board earlier this year and who is among those subpoenaed. The donations date as far back as 2011 and as recent as 2017.

Another subpoena went out to Crystal Run Healthcare, which is the subject of a federal probe into the funneling of hundreds of thousands of dollars to Cuomo's political efforts. 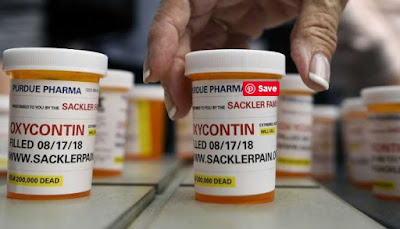 Report: Purdue Pharma owners offer to give up company that makes OxyContin

By Paul Schott, Stamford Advocate
Updated 1:00 pm EDT, Tuesday, September 10, 2019
STAMFORD — OxyContin maker Purdue Pharma’s owners have reportedly agreed to give up “the entire value” of the company to settle lawsuits alleging that the company fueled the opioid crisis with deceptive marketing of its top-selling pain drug.
The Sackler family members who own Purdue have also offered “$3 billion in cash as part of the global resolution,” Josephine Martin, Purdue’s head of corporate affairs and communications, said in an email that was first reported by NPR. The Sacklers have also offered to contribute another $1.5 billion from the sale of their international prescription-drug business Mundipharma, Martin told NPR.
Those purported terms would mark the first time that the company or the Sacklers have outlined their conditions for resolving some or all of the approximately 2,000 lawsuits filed against the company by local governments across the country and nearly every state. Purdue reportedly offered last month $10 billion to $12 billion to settle the complaints, but it neither confirmed nor denied that account.
A message left Tuesday for Purdue was not immediately returned.
The office of Connecticut Attorney General William Tong, who attended a meeting in Cleveland last month with Purdue representatives and other state attorneys general, declined to comment.
Last week, Tong said he would accept a settlement if Purdue not only made a multibillion-dollar payout, but were also shut down. He also wants the Sacklers barred from selling prescription opioids.
Tong has also signaled his intent to continue pursuing Connecticut’s claims against Purdue and the Sacklers, if the company files for bankruptcy.
“It will not change how aggressive we are going to be,” he said Sunday. “We cannot predict how it will go, if it will go that way (to bankruptcy) at all. All I can tell you is we are ready.”
Amid growing signs that the company would file for bankruptcy, Purdue issued Sunday a statement that reiterated its desire to settle the lawsuits. The company has denied those complaints’ allegations.
“We have been actively working with numerous state attorneys general and other plaintiffs on solutions that have the potential to save tens of thousands of lives and deliver billions of dollars to the communities affected by the opioid abuse crisis,” the statement said. “Those negotiations continue, and we remain dedicated to a resolution that genuinely advances the public interest.”
Last week, Purdue and the Sacklers had rejected two offers from the states over how settlement payments would be handled, according to an email sent out Saturday by the attorneys general of Tennessee and North Carolina. The Sacklers purportedly declined to offer counter-proposals.
pschott@stamfordadvocate.com
Posted by Betsy Combier at 4:00 PM No comments: