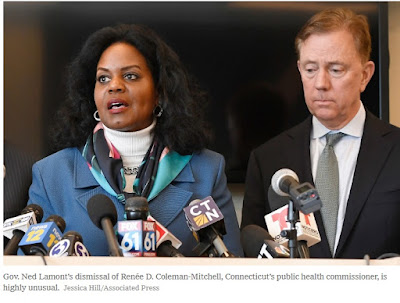 The issue of coronavirus deaths in nursing homes will be in our nation's news for years to come as relatives of the dead who were treated as trash will sue.

Michael Goodwin: Cuomo’s Nursing Home Reversal is Too Little, Too Late For Those Now Dead

Cuomo should be held accountable for his actions, just as Renée D. Coleman-Mitchell, Connecticut’s public health commissioner, was:

The state’s public health commissioner had been criticized over the response to rising deaths from the outbreak at nursing homes.

Several weeks ago, Connecticut’s public health commissioner suddenly stopped appearing with Gov. Ned Lamont at his daily briefings on the state’s response to the coronavirus outbreak.

This week, the governor fired the commissioner.

It was a highly unusual shake-up, given that the state has been one of the hardest hit by the crisis. But Mr. Lamont, a Democrat, had apparently soured on the commissioner, Renée D. Coleman-Mitchell, after a behind-the-scenes struggle over plans to protect residents of nursing homes during the outbreak.

Ms. Coleman-Mitchell had overseen a plan that called for segregating nursing home residents with the virus in long-term care facilities that would house only those who were infected.

But the plan was rejected because it was never vetted with other public health experts, including the state epidemiologist. And it would have required transferring healthy residents out of nursing homes to make room for infected patients, alarming relatives who opposed having family members displaced.

Instead, Connecticut established so-called recovery centers to isolate nursing home residents who had the virus and had been released from the hospital, a relatively novel approach that has drawn praise from public health specialists.

But the internal debate over how to protect nursing homes hamstrung the state as it tried to move quickly to find ways to contain the outbreak, officials and elected leaders said.

“Time was lost on that aborted initiative before we got on the better path,” said Martin M. Looney, the Senate president and a Democrat.

State lawmakers and administration officials said Ms. Coleman-Mitchell had clashed with other state officials over the response to the virus and been relegated to a back-seat role as the pandemic worsened.

Others defended Ms. Coleman-Mitchell saying that she was being scapegoated for the state’s failures to safeguard nursing homes and noted that other states were facing similar challenges.

“They tried to innovate on the fly,” said Representative Jonathan Steinberg, a Democrat and chairman of the Legislature’s Public Heath Committee. “There are risks when you innovate. People are legitimately doing the best that they can and we’re not going to get it right in every circumstance.”

Across the United States, the coronavirus has carved a lethal path through nursing homes, with residents and workers accounting for about one-third of deaths during the pandemic.

In Connecticut, deaths at long-term care facilities represent roughly 60 percent of fatalities from the virus.

Ms. Coleman-Mitchell who was appointed to the post last year by Mr. Lamont, said she was told that she was not being dismissed because of her job performance.

“As we have seen this virus ravage underrepresented and underserved communities, we have been resolute in assuring that those in our most vulnerable communities were protected,” Ms. Coleman-Mitchell said in a statement. She did not respond to a request for further comment.

Officials who worked with Ms. Coleman-Mitchell said she faced the challenge of leading the state’s public health response during the early stages of the outbreak when federal guidance about the virus, including how it spread among asymptomatic people, was evolving.

As of Thursday, the virus had killed 3,219 people in the state, including 1,927 nursing home residents, according to state officials.

Mr. Lamont declined to say specifically why he was replacing Ms. Coleman-Mitchell.

“I thought this was a good time to make a change,” Mr. Lamont told reporters. “I think the job has changed and I want closer coordination with our different departments.”

Ms. Coleman-Mitchell, who has a master’s degree in public health, got off to a rocky start last year when she balked at the release of school-by-school immunization rates and then was overruled by Mr. Lamont.

She was also criticized after she declined to weigh in on a proposed repeal of a religious exemption for vaccination requirements for some students.

“She was definitely on the firing line from the very beginning,” said Mr. Steinberg.

Family members whose relatives have died in nursing homes say the state did not seem to have a clear plan as it became clear that the virus was ravaging long-term care facilities.

“When this all snowballed, when my father became ill, you want to start pointing fingers and you start questioning,” said Larisa Zagorski, whose father, Edward Balskus, 82, lived in a home in Windsor, Conn., and died on April 8.

Ms. Zagorski said her father’s caregivers had initially told her that the nursing home had been chosen to take people with the virus but that the plan had been abandoned.

“To me, they had no guidance in what to do, none,” she said.

The chief medical officer of Genesis HealthCare, which operates Kimberly Hall, did not respond to a request for comment.

Representative Themis Klarides, a Republican and the House minority leader, said the state had been slow to ramp up testing at nursing homes and provide workers with personal protective equipment.

Mr. Lamont said this week that the state was going to test all residents and workers at Connecticut’s 215 nursing homes by June.

“Nursing homes were like a petri dish for this pandemic,” Mr. Lamont told NBC Nightly News. Still, he added, “in a crisis the buck stops right here.’’

Mr. Steinberg said that across the country — from the first nursing home outbreak in Kirkland, Wash., to those in the New York City region — there were few bright spots where the spread had been stopped.

“No one has really succeeded in this,” he said.

‘The Whole Place Is Sick Now’: 74 Deaths at a Home for U.S. Veterans 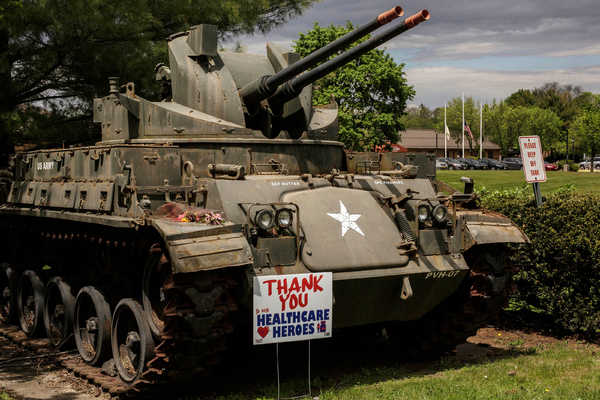 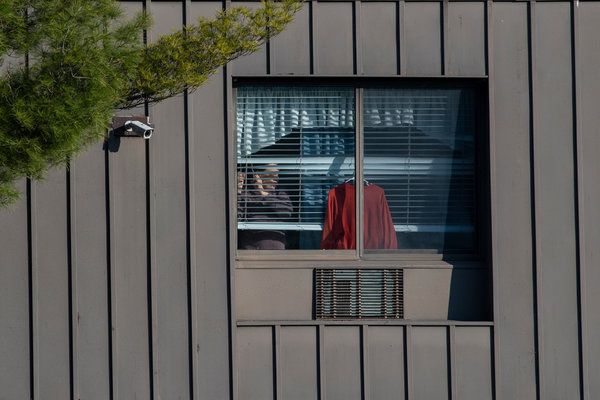 The Coronavirus’s Rampage Through a Suburban
Nursing Home
March 21, 2020 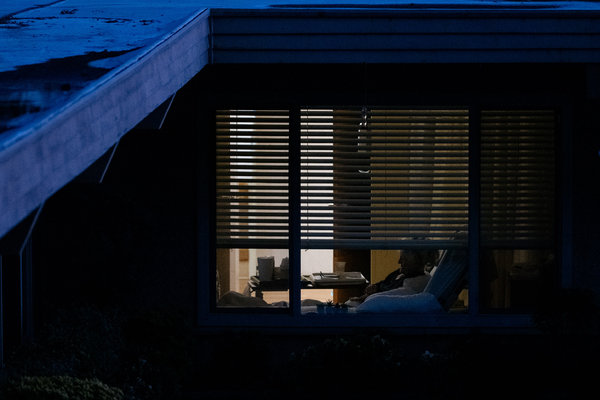 Neil Vigdor is a breaking news reporter on the Express Desk. He previously covered Connecticut politics for the Hartford Courant. @gettinviggy • Facebook
Posted by Betsy Combier at 6:26 AM