Maureen Gill: Sometimes what is old is new again 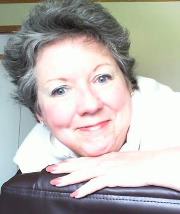 Published:
Wednesday, June 13, 2012 11:58 AM EDT
The Know-Nothing movement of the mid-1800s would be very much at home in modern America. Know-Nothings were native-born, white, Anglo-Saxon Protestant males – women could not yet vote; the movement was a xenophobic, anti-immigrant response to massive waves of Irish and German immigrants flooding America between 1830-60, most especially Irish Catholics; however, Know-Nothings also railed against Jews, and in California, they targeted Asians, primarily the Chinese.

The movement’s name was the result of its semi-secret organization; when asked about the movement’s activities, members were instructed to reply “I know nothing.” The Know-Nothing platform called for: Severe limits on immigration, especially from Catholic countries; restricting political office to native-born Americans of English and/or Scottish lineage and Protestant persuasion; mandating a wait of 21 years before an immigrant could gain citizenship; restricting public school teacher positions to Protestants; mandating daily Bible readings in public schools; restricting the sale of liquor; restricting the use of languages other than English.

Similar to the Tea Party in 2010, Know-Nothings scored startling victories across the country. Know-Nothing Robert Conrad campaigned for mayor of Philadelphia on the promise he’d be tough on crime, close saloons on Sundays, and appoint only native-born Americans to office. He won by a landslide. Know-Nothings captured both the San Francisco mayor’s office and governor’s mansion in California, won control of the Massa-chusetts Legislature, and elected Know-Nothing Levi Boone mayor of Chicago. Boone, true to his word, immediately barred all immigrants from city jobs.

In 1855, a Know-Nothing mob torched Catholic homes in Louisville, Ky., and murdered 100 Catholics when they fled their burning homes. Know-Nothings burned convents and churches in Baltimore, Boston, New York and Philadelphia. In Boston, New York, Paterson, Philadelphia and Louisville, Irish neighborhoods were attacked by mobs; in Maine, a priest was tarred and feathered. Know-Nothings who gained control of state Legislatures passed laws against Catholics, including particularly offensive “nunnery inspection” laws allowing civic officials to invade the privacy of convents at awkward hours. Catholic schoolchildren were barred in many school districts or forced to read the Protestant Bible in the schools they were allowed to attend. This point compels me to say once again that Catholic bishops who allege the Obama Administration is warring on religious freedom are either lying or just plain bats.

Lincoln publicly repudiated the Know-Nothings, declaring, “I am not a Know Nothing; that is certain. How could I be? How can anyone who abhors the oppression of Negroes be in favor of degrading classes of white people? Our progress in degeneracy appears to me to be pretty rapid. As a nation, we began by declaring that ‘all men are created equal,’ now we practically read it, ‘all men are created equal, except Negroes.’ When the Know Nothings get control, it will read, ‘all men are created equal, except Negroes and foreigners and Catholics.’ When it comes to this, I shall prefer emigrating to some country where they make no pretense of loving liberty – to Russia for instance – where despotism can be taken pure and without the base alloy of hypocrisy.”

Eventually, many Know-Nothings shifted support to a new party that had a westward-looking, expansionist, free-soil policy. This was the new Republican Party, founded in 1854. After the Supreme Court’s controversial Dred Scott ruling in 1857, most abolitionists joined the Republican Party, proving the startling truth in the adage that “politics makes strange bedfellows.” The pro-slavery Know-Nothings remained strong on the local and state levels in the south. The nativist spirit of the original Know-Nothings can be seen in later political movements such as the Ku Klux Klan and the American Protective Association. Some historians see shades of Know-Nothing ideology in Alabama governor George Wallace’s 1968 presidential campaign.

Political parties in America emerge out of strange, sometimes toxic times. The important thing to remember is that the elasticity of democracy allows for these expansions, contractions and vent holes. The Know-Nothings and the Tea Party are interesting reminders that political parties are not static; they blend together and then spin off again into separate trajectories that may continue to share overlapping concerns or morph into polar opposites – only to one day share much in common again. The one thing that doesn’t seem to change, however, is human nature.

— Maureen Gill is a historian, educator, public speaker, blogger and novelist; a native Chicagoan, she now resides in southern Maine. Feel free to email Gill at windycityauthor@gmail.com
Posted by Betsy Combier at 8:45 PM No comments:

There comes a time when enough is enough. No more excuses, no more delays.
In 1986, hospitals, local governments, schools, small businesses and doctors were fed up with the high cost of personal injury lawsuits and liability insurance. They successfully lobbied for tort reform legislation, which was signed into law by Gov. Booth Gardner.
Fast forward to 2012 and you see that same tipping point with our public schools.


Taxpayers are tired of hearing, “Just give us more money and we’ll fix our schools.” We’ve been there, done that and nothing has changed. Washington students who cannot afford a private education are locked into traditional public schools, many of which are failing to prepare them to succeed.


According to Christine Campbell, a research analyst at the University of Washington’s Center on Reinventing Public Education, only one-third of our minority students meet state standards in math and science, and the Legislature found that half of all high school graduates need remedial education courses in college. Clearly more must be done to ensure graduates have the skills needed to succeed in life after high school.


After Democrat lawmakers spurned a modest charter school proposal last session, a wide array of concerned people came together to support an initiative that would allow Washington to establish up to 40 public charter schools. To make the November ballot, they must turn in 241,000 signatures by July 6.


That painful reality was vividly portrayed in the documentary, “Waiting for Superman.”
Produced and directed by Davis Guggenheim, who produced Al Gore’s documentary on global warming, the film follows the plight of five struggling inner city families desperate to find better schools for their children. Because there are not enough charter schools to accommodate all the students who want to attend, officials assign students by lottery. If they don’t “win” the lottery, parents are left to watch helplessly as their children remain mired in failing schools.
One single mom profiled in the documentary had previously scraped up enough money to send her daughter to a private school but had to withdraw her when she was laid off. She turned instead to the charter school lottery as a last resort — but her daughter’s name was not called. As a result, we all lost, robbed of the achievements her daughter and other children might have made if they’d had the chance.


Adding insult to injury, New York City’s school system spends $100 million a year on so-called “rubber rooms,” offices where troubled, suspect or low-performing teachers get full pay to sit idle for years because it is virtually impossible to fire them.


In Washington, D.C., schools, Chancellor Michelle Rhee wanted to reduce administrative office staff, put more teachers in the classroom, increase salaries for good teachers and fire weak principals. She quit after three-and-a-half years when the teachers’ union refused to allow its members to vote on Rhee’s reforms.
The question for us in Washington is will we give parents a choice? Will we give public charter schools — and our children — a chance to create a better future?
Posted by Betsy Combier at 12:57 PM No comments: