U.S. Supreme Court Refuses To Block Vaccine Mandate For Health Workers in NYC Despite No Exemption For Religious Reasons 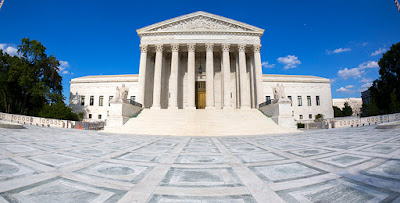 WASHINGTON (AP) — The Supreme Court refused Monday to halt a COVID-19 vaccine requirement for health care workers in New York that does not offer an exemption for religious reasons.

The court acted on emergency appeals filed by doctors, nurses and other medical workers who say they are being forced to choose between their jobs and religious beliefs.

As is typical in such appeals, the court did not explain its order, although it has similarly refused to get in the way of vaccine mandates elsewhere.

New York is one of just three states, along with Maine and Rhode Island, that do not accommodate health care workers who object to the vaccine on religious grounds.

The court had previously turned away health care workers in Maine, who filed a similar challenge, with the same three justices in dissent.

As of Oct. 19, roughly 90% of health care workers were fully vaccinated and most of the rest had received one of two doses, the state told the high court. Fewer than 2% of nursing home, adult care facility and hospital workers had sought a religious exemption, the state said.

In his dissent, Gorsuch drew a link between the health care workers and the World War II-era Jehovah’s Witnesses schoolchildren who refused on religious grounds to stand and salute the American flag for the Pledge of Allegiance.

The court at first refused to intervene when a public school in Pennsylvania expelled the children. But three years later, the justices overruled the earlier case in a landmark decision that declared schools couldn’t force students to salute the flag or recite the pledge.

“Today, our Nation faces not a world war but a pandemic. Like wars, though, pandemics often produce demanding new social rules aimed at protecting collective interests — and with those rules can come fear and anger at individuals unable to conform for religious reasons,” Gorsuch wrote.

Posted by Betsy Combier at 1:12 PM No comments: