John Whitehead on A Culture of Fear in America 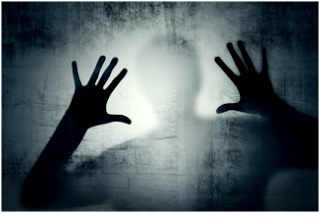 A Culture of Fear & the Epigenetics of Terror
JOHN W WHITEHEAD | DECEMBER 17, 2015

“No one can terrorize a whole nation, unless we are all his accomplices.”—Edward R. Murrow, Broadcast Journalist

America is in the midst of an epidemic of historic proportions.

The contagion being spread like wildfire is turning communities into battlegrounds and setting Americans one against the other.

Normally mild-mannered individuals caught up in the throes of this disease have been transformed into belligerent zealots, while others inclined to pacifism have taken to stockpiling weapons and practicing defensive drills.
This plague on our nation—one that has been spreading like wildfire—is a potent mix of fear coupled with unhealthy doses of paranoia and intolerance, tragic hallmarks of the post-9/11 America in which we live.
Everywhere you turn, those on both the left- and right-wing are fomenting distrust and division. You can’t escape it.

Confound them, distract them with mindless news chatter and entertainment, pit them against one another by turning minor disagreements into major skirmishes, and tie them up in knots over matters lacking in national significance.

Most importantly, divide the people into factions, persuade them to see each other as the enemy and keep them screaming at each other so that they drown out all other sounds. In this way, they will never reach consensus about anything and will be too distracted to notice the police state closing in on them until the final crushing curtain falls.

This is how free people enslave themselves and allow tyrants to prevail.
This Machiavellian scheme has so ensnared the nation that few Americans even realize they are being manipulated into adopting an “us” against “them” mindset. Instead, fueled with fear and loathing for phantom opponents, they agree to pour millions of dollars and resources into political elections, militarized police, spy technology and endless wars, hoping for a guarantee of safety that never comes.

All the while, those in power—bought and paid for by lobbyists and corporations—move their costly agendas forward, and “we the suckers” get saddled with the tax bills and subjected to pat downs, police raids and round-the-clock surveillance.

Turn on the TV or flip open the newspaper on any given day, and you will find yourself accosted by reports of government corruption, corporate malfeasance, militarized police and marauding SWAT teams.

America has already entered a new phase, one in which children are arrested in schools, military veterans are forcibly detained by government agents because of the content of their Facebook posts, and law-abiding Americans are having their movements tracked, their financial transactions documented and their communications monitored
These threats are not to be underestimated.

Yet even more dangerous than these violations of our basic rights is the language in which they are couched: the language of fear. It is a language spoken effectively by politicians on both sides of the aisle, shouted by media pundits from their cable TV pulpits, marketed by corporations, and codified into bureaucratic laws that do little to make our lives safer or more secure.

Fear, as history shows, is the method most often used by politicians to increase the power of government. Even while President Obama insists that “freedom is more powerful than fear,” the tactics of his administration continue to rely on fear of another terrorist attack in order to further advance the agenda of the military/security industrial complex.

An atmosphere of fear permeates modern America. However, with crime at a 40-year low, is such fear of terrorism rational?

Indeed, those living in the American police state are 8 times more likely to be killed by a police officer than by a terrorist. Thus, the government’s endless jabbering about terrorism amounts to little more than propaganda—the propaganda of fear—a tactic used to terrorize, cower and control the population.

So far, these tactics are working.

The 9/11 attacks, the Paris attacks, and now the San Bernardino shooting have succeeded in reducing the American people to what commentator Dan Sanchez refers to as “herd-minded hundreds of millions [who] will stampede to the State for security, bleating to please, please be shorn of their remaining liberties.”

I do not irrationally and disproportionately fear Muslim bomb-wielding jihadists or white, gun-toting nutcases. But I rationally and proportionately fear those who do, and the regimes such terror empowers. History demonstrates that governments are capable of mass murder and enslavement far beyond what rogue militants can muster. Industrial-scale terrorists are the ones who wear ties, chevrons, and badges. But such terrorists are a powerless few without the supine acquiescence of the terrorized many. There is nothing to fear but the fearful themselves…

Stop swallowing the overblown scaremongering of the government and its corporate media cronies. Stop letting them use hysteria over small menaces to drive you into the arms of tyranny, which is the greatest menace of all.
As history makes clear, fear leads to fascistic, totalitarian regimes.
It’s a simple enough formula. National crises, reported terrorist attacks, and sporadic shootings leave us in a constant state of fear. Fear prevents us from thinking. The emotional panic that accompanies fear actually shuts down the prefrontal cortex or the rational thinking part of our brains. In other words, when we are consumed by fear, we stop thinking.

A populace that stops thinking for themselves is a populace that is easily led, easily manipulated and easily controlled
.
As I document in my book Battlefield America: The War on the American People, the following are a few of thenecessary ingredients for a fascist state:
The government is managed by a powerful leader (even if he or she assumes office by way of the electoral process). This is the fascistic leadership principle (or father figure).
The government assumes it is not restrained in its power. This is authoritarianism, which eventually evolves into totalitarianism.
The government ostensibly operates under a capitalist system while being undergirded by an immense bureaucracy.
The government through its politicians emits powerful and continuing expressions of nationalism.
The government has an obsession with national security while constantly invoking terrifying internal and external enemies.
The government establishes a domestic and invasive surveillance system and develops a paramilitary force that is not answerable to the citizenry.
The government and its various agencies (federal, state, and local) develop an obsession with crime and punishment. This is overcriminalization.
The government becomes increasingly centralized while aligning closely with corporate powers to control all aspects of the country’s social, economic, military, and governmental structures.
The government uses militarism as a center point of its economic and taxing structure.
The government is increasingly imperialistic in order to maintain the military-industrial corporate forces.

The parallels to modern America are impossible to ignore.

“Every industry is regulated. Every profession is classified and organized,” writes Jeffrey Tucker. “Every good or service is taxed. Endless debt accumulation is preserved. Immense doesn’t begin to describe the bureaucracy. Military preparedness never stops, and war with some evil foreign foe, remains a daily prospect.”

For the final hammer of fascism to fall, it will require the most crucial ingredient: the majority of the people will have to agree that it’s not only expedient but necessary. In times of “crisis,” expediency is upheld as the central principle—that is, in order to keep us safe and secure, the government must militarize the police, strip us of basic constitutional rights and criminalize virtually every form of behavior.

Not only does fear grease the wheels of the transition to fascism by cultivating fearful, controlled, pacified, cowed citizens, but it also embeds itself in our very DNA so that we pass on our fear and compliance to our offspring.

For example, neuroscientists observed how quickly fear can travel through generations of mice DNA. As The Washington Post reports:
In the experiment, researchers taught male mice to fear the smell of cherry blossoms by associating the scent with mild foot shocks. Two weeks later, they bred with females. The resulting pups were raised to adulthood having never been exposed to the smell. Yet when the critters caught a whiff of it for the first time, they suddenly became anxious and fearful. They were even born with more cherry-blossom-detecting neurons in their noses and more brain space devoted to cherry-blossom-smelling.

The conclusion? “A newborn mouse pup, seemingly innocent to the workings of the world, may actually harbor generations’ worth of information passed down by its ancestors.”

Now consider the ramifications of inherited generations of fears and experiences on human beings. As the Post reports, “Studies on humans suggest that children and grandchildren may have felt the epigenetic impact of such traumatic events such as famine, the Holocaust and the Sept. 11, 2001, terrorist attacks.”

In other words, fear, trauma and compliance can be passed down through the generations.
Fear has been a critical tool in past fascistic regimes, and it now operates in our contemporary world—all of which raises fundamental questions about us as human beings and what we will give up in order to perpetuate the illusions of safety and security.

In the words of psychologist Erich Fromm:
[C]an human nature be changed in such a way that man will forget his longing for freedom, for dignity, for integrity, for love—that is to say, can man forget he is human? Or does human nature have a dynamism which will react to the violation of these basic human needs by attempting to change an inhuman society into a human one?

We are at a critical crossroads in American history, and we have a choice: freedom or fascism.

Let’s hope the American people make the right choice while we still have the freedom to choose.
# # # #

John W. Whitehead is an attorney and author who has written, debated and practiced widely in the area of constitutional law and human rights. He is the president and spokesperson of the Rutherford Institute. Mr. Whitehead is the author of numerous books on a variety of legal and social issues, including A Government of Wolves: The Emerging American Police State. He has a Bachelor of Arts degree from the University of Arkansas and a Juris Doctorate degree from the University of Arkansas School of Law, and served as an officer in the United States Army from 1969 to 1971.