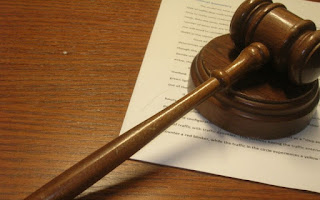 Team Advocatz agrees that non-lawyers can add multiple benefits to a project, including time management and cost-effectiveness.


Non-lawyers are gaining more power at Texas law firms, according to The Houston Chronicle. The publication said that these firms are turning to non-lawyer professionals for key strategic decision making, and this is leading to a “seismic” and “long overdue shift.”

The desire to change stems from the 2008 recession when law firms across the country saw shifts in the demand for legal services. According to BTI Consulting, legal spending dropped by $60.3 billion from 2012 to 2016, and a national survey from Altman Weil showed that only 38% of law firm leaders believe the demand for legal services has returned to levels before the recession.
“Driven by technology and cost-conscious clients, firms have had to change their approaches to hiring and developing lawyers and serving and billing clients, as well as finding or retaining a more demanding clientele,” The Houston Chronicle stated. “Over the past five years or so, nearly every major law firm operating in Texas – including Houston-based firms Baker Botts, Bracewell, Norton Rose Fulbright and Vinson & Elkins – has hired non-lawyer professionals to handle key marketing and staff development operations, according to interviews with law firm leaders by The Texas Lawbook.”
Before the recession, law firm partners were the ones who made human resource decisions, which practice areas to expand or eliminate, how much to charge, and who to represent. But according to The Houston Chronicle, law firms are giving that power to non-lawyers. For instance, Baker Bots hired Gillian Ward to be their chief marketing officer and in three years, she has built a robust research function. The firm also hired a pricing strategist, John Strange.
Legal experts told The Houston Chronicle that these types of hires are moves for law firms to operate more like businesses.
William Cobb, a Houston-based law firm consultant, said the reasons firms have changed is that partners have felt pressure to increase revenues. He said that lawyers have figured out that they weren’t businessmen and knew they had to hire people with those skill sets.
Additionally, this trend is not limited to just Texas. For instance, four out of five law firms have hired pricing specialists. John Strange of Baker Botts said that when he was first brought into the firm as a director of pricing and project management some weren’t as receptive to him but people began to ask for his help with time. Eventually Strange and his team were able to help the law firm increase revenue and profits by 10%.
“But as people had exposure to what my team can contribute, they began to lean on us,” Strange said. “They want to know how their matter is performing, how their practice is performing, how they should practice a matter and who should they hire.”
Source: The Houston Chronicle
Posted by Betsy Combier at 1:12 PM No comments:

Michael C. Dorf: Constitutional Law and a Need For Clarity on Complicity Claims

Posted by Betsy Combier at 9:03 AM No comments: