The Chicago Statement on Freedom of Expression 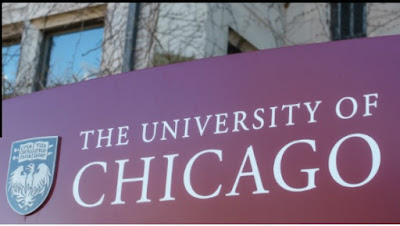 “Because the University is committed to free and open inquiry in all matters, it guarantees all members of the University community the broadest possible latitude to speak, write, listen, challenge, and learn . . . . [I]t is not the proper role of the University to attempt to shield individuals from ideas and opinions they find unwelcome, disagreeable, or even deeply offensive.”

—Excerpt from the Chicago Statement

What is the Chicago Statement?

This Statement is part of a long tradition of reports emphasizing the importance of freedom of speech at institutions of higher learning, including the American Association of University Professors’ famous 1915 “Declaration of Principles” and 1940 “Statement of Principles on Academic Freedom and Tenure,” Yale University’s “Woodward Report,” and the University of Chicago’s Kalven Report.

FIRE quickly endorsed the Chicago Statement because it embodies the principles that FIRE defends every day. The statement is also an important reflection of how the principles of free speech are essential to the core purpose of a university. Since its release, FIRE has been working with colleges and universities around the country to adopt their own version of the Chicago Statement, in order to combat censorship on campus and protect the free speech rights and academic freedom of students and professors.

Who has adopted the Statement?

Why is adopting the Chicago Statement important?

When your school adopts the Chicago Statement, it shows that your institution values free expression for all students and faculty. Free speech rights benefit everyone on campus, and reaffirm the core purpose of a university – a place for free inquiry, debate, and discourse. Whether your goal is to campaign, protest, do research, or simply learn in an environment that promotes open inquiry and the free exchange of ideas, the Chicago Statement will help hold your institution accountable for protecting the free expression rights of students and faculty.

Yes. In fact, adopting a version of the Chicago Statement often gives the impetus for speech code reform. Thus, the adoption of the Chicago Statement by non-administrative groups can be an important step toward securing student and faculty free speech rights and achieving FIRE’s highest, “green light” rating. When a faculty senate, university-wide committee, or student government endorses the Statement, it sends a strong message to university leadership that students and faculty want their speech to be fully protected.

My university earns a green light rating from FIRE. Do we still need to adopt the Chicago Statement?

The green light rating is given to colleges and universities whose policies nominally protect freedom of speech. Even if your school has received FIRE’s green light rating, it is still important to adopt the Chicago Statement. A free speech statement is a set of principles the university community aspires to achieve. Adopting the Chicago Statement describes how the university hopes to cultivate an atmosphere of expression and debate – an endeavor that is important even if university policy already nominally protects free speech.

How can I bring the Chicago Statement to my campus?

FIRE’s Newsdesk article “Universities should endorse free expression now, avoid criticism later”Pledge Your Support for the Chicago Statement
Report of the Committee on Freedom of Expression

The Committee on Freedom of Expression at the University of Chicago was appointed in July 2014 by President Robert J. Zimmer and Provost Eric D. Isaacs “in light of recent events nationwide that have tested institutional commitments to free and open discourse.” The Committee’s charge was to draft a statement “articulating the University’s overarching commitment to free, robust, and uninhibited debate and deliberation among all members of the University’s community.”

The Committee has carefully reviewed the University’s history, examined events at other institutions, and consulted a broad range of individuals both inside and outside the University. This statement reflects the long-standing and distinctive values of the University of Chicago and affirms the importance of maintaining and, indeed, celebrating those values for the future.

Thirty years later, a student organization invited William Z. Foster, the Communist Party’s candidate for President, to lecture on campus. This triggered a storm of protest from critics both on and off-campus. To those who condemned the University for allowing the event, President Robert M. Hutchins responded that “our students . . . should have the freedom to discuss any problem that presents itself.” He insisted that the “cure” for ideas we oppose “lies through open discussion rather than through inhibition.” On a later occasion, Hutchins added that “free inquiry is indispensable to the good life, that universities exist for the sake of such inquiry, [and] that without it they cease to be universities.”

In 1968, at another time of great turmoil in universities, President Edward H. Levi, in his inaugural address, celebrated “those virtues which from the beginning and until now have characterized our institution.” Central to the values of the University of Chicago, Levi explained, is a profound commitment to “freedom of inquiry.” This freedom, he proclaimed, “is our inheritance.”

More recently, President Hanna Holborn Gray observed that “education should not be intended to make people comfortable, it is meant to make them think. Universities should be expected to provide the conditions within which hard thought, and therefore strong disagreement, independent judgment, and the questioning of stubborn assumptions, can flourish in an environment of the greatest freedom.”

The freedom to debate and discuss the merits of competing ideas does not, of course, mean that individuals may say whatever they wish, wherever they wish.TheUniversity may restrict expression that violates the law, that falsely defames a specific individual, that constitutes a genuine threat or harassment, that unjustifiably invades substantial privacy or confidentiality interests, orthat is otherwise directly incompatible with the functioning of the University. In addition, the University may reasonably regulate the time, place, and manner of expression to ensure that it does not disrupt the ordinary activities of the University. But these are narrow exceptions to the general principle of freedom of expression, and it is vitally important that these exceptions never be used in a manner that is inconsistent with the University’s commitment to a completely free and open discussion of ideas.

As a corollary to the University’s commitment to protect and promote free expression, members of the University community must also act in conformity with the principle of free expression. Although members of the University community are free to criticize and contest the views expressed on campus, and to criticize and contest speakers who are invited to express their views on campus, they may not obstruct or otherwise interfere with the freedom of others to express views they reject or even loathe. To this end, the University has a solemn responsibility not only to promote a lively and fearless freedom of debate and deliberation, but also to protect that freedom when others attempt to restrict it.

As Robert M. Hutchins observed, without a deep commitment to free and open inquiry, a university ceases to be a university. The University of Chicago’s long-standing commitment to this principle lies at the very core of our University’s greatness. That is our inheritance, and it is our promise to the future.

Email ThisBlogThis!Share to TwitterShare to FacebookShare to Pinterest
Labels: Committee on Freedom of Expression, debate and deliberation, The Chicago Statement