Southwest Airlines CEO Says Unvaccinated Employees Will Not Be Fired 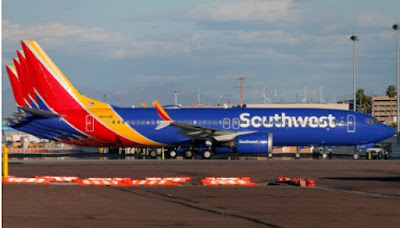 BY JACK PHILLIPS, The EPOCH TIMES,

Southwest Airlines’ CEO said the company will not fire employees who do not get the COVID-19 vaccine by Dec. 9 following a Biden administration mandate that was announced last month for federal contractors.

In a statement to news outlets Friday, the Dallas-based carrier confirmed to Fox News it does not want to “lose any employee” over President Joe Biden’s mandate, adding that firing a worker over the vaccine “makes no sense.” It came a day after Southwest CEO Gary Kelly made a similar announcement during an earnings call.

“This is an evolving process working with the government in terms of what they expect, and very clearly, we wanted our employees to know that nobody is going to lose their job on December the 9th if we’re not perfectly in compliance,” Kelly said, according to news reports. The Epoch Times has contacted Southwest for comment.

“It is a work in progress, and we’re going to continue working in good faith to meet the requirements of the executive order. But I’ve already said, and I’m sure you’ve heard, we’re not going to fire anybody who doesn’t get vaccinated,” he continued.

Biden’s mandate will start on Dec. 8, requiring federal contractors to make sure their workers are vaccinated. Employees can be granted a medical or religious exemption.

But Kelly’s and Southwest’s announcements this week mark a reversal in the carrier’s vaccination stance. Earlier this month, Southwest stated that workers would have to be fully vaccinated or receive an exemption to “continue employment with the airline” after it conducted a “thorough review of President Biden’s COVID Action Plan and determined that the carrier’s contracts with the U.S. government require full compliance with the federal vaccination directive.”

Also on Thursday, Southwest said in its quarterly results that it lost some $75 million after thousands of flights were canceled and delayed earlier this month. The firm blamed the weather and unspecified staffing issues, although there was widespread speculation that pilots and other employees walked out over the vaccine requirement.

“I’m not going to fire anybody,” Kelly told CNBC Thursday after the quarterly results were released.

Hundreds of workers and others also demonstrated outside Southwest’s Dallas headquarters on Monday, demanding an end to the vaccination requirement.

Earlier in October, Southwest’s pilot’s union filed a lawsuit against the company, arguing that the COVID-19 shot could trigger potential career-ending side-effects for pilots.  In court filings over the weekend, Southwest asked a judge to dismiss the lawsuit and said an injunction against its vaccine mandate could potentially harm its business.

American Airlines CEO Doug Parker said this week that unvaccinated workers also will not be fired by the Dec. 9 mandate, saying the company will “work with” those who haven’t got the shot.

Posted by Betsy Combier at 1:54 PM