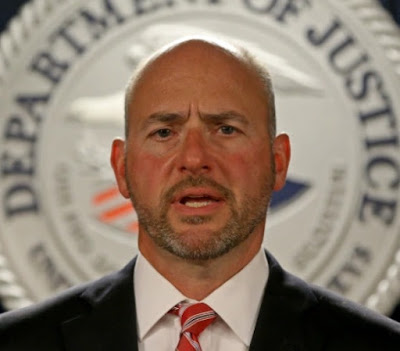 Cyberstalking is incredibly serious. The focus of a cyberstalker is to ruin your life, destroy your career, do the utmost harm, and tell as many people as possible to follow you into this legal quagmire. Many succeed, and the result can be suicidal.

Editor, Inside 3020-a Teacher Trials

Six ex-eBay executives — including a former cop — are facing federal cyberstalking charges after embarking on a months long harassment campaign investigators said was ripped straight from Hollywood, sending fly larvae, live spiders, cockroaches and a bloody pig mask to the doorstep of a Natick couple critical of the company in an online newsletter.

“This was a determined, systematic effort by senior members of a major e-commerce company to destroy this couple,” U.S. Attorney Andrew Lelling said during a press conference on Monday, noting the torment from the eBay executives eventually escalated to physical surveillance and “psychologically devastated” the middle-aged couple.

The now-fired eBay executives — who all worked on a team dedicated to preserving the company’s brand — used burner cellphones and prepaid debit cards to make purchases and send “disturbing” deliveries to the couples’ home including the fly larvae, live spiders and cockroaches, Lelling said.

Last August, a bloody pig mask was delivered to the couple’s home and less than 15 minutes later one of the defendants sent the couple a message asking, “Do I have your attention now?” according to prosecutors.

BOSTON – Two former eBay, Inc. executives were indicted today by a federal grand jury in Boston in connection with their roles in a cyberstalking campaign targeting the editor and publisher of a newsletter that eBay executives viewed as critical of the company.

According to the charging document, the victims of the cyberstalking campaign were a Natick couple who are the editor and publisher of an online newsletter that covers ecommerce companies, including eBay. Members of eBay’s executive leadership team followed the newsletter’s posts, often taking issue with its content and the anonymous comments underneath the editor’s stories.

It is alleged that in August 2019, the defendants and their co-conspirators executed a three-part harassment campaign targeting the Natick couple, which included the defendants sending anonymous and disturbing deliveries to the victims’ home; sending private Twitter messages and public tweets criticizing the newsletter’s content and threatening to visit the victims in Natick; and traveling to Natick to surveil the victims and install a GPS tracking device on their car.

Among other things, the indictment alleges that Baugh convened meetings to plan and coordinate the various parts of the harassment campaign; directed Harville to travel with him to Boston for an “op” targeting the victims and their website; directed Stockwell to “make up” allegations that the victims had made direct threats to eBay, the company’s CEO and its employees as cover in case the surveillance team was stopped; and posed as Zea’s husband when a Natick Police detective arrived in the lobby of Boston’s Ritz Carlton hotel to investigate eBay’s connection to the harassment campaign.

Among other things, the indictment alleges that Harville flew from California to Boston intending to place the victims under surveillance; attempted to install a GPS tracking device on the victims’ car; purchased tools intending to break in to the victims’ garage; lied to an eBay investigator who was responding to the Natick Police’s request for assistance; and deleted evidence from his company-issued cell phone after learning of the criminal investigation.

The details contained in charging documents are allegations. The defendants are presumed innocent unless and until proven guilty beyond a reasonable doubt in a court of law.