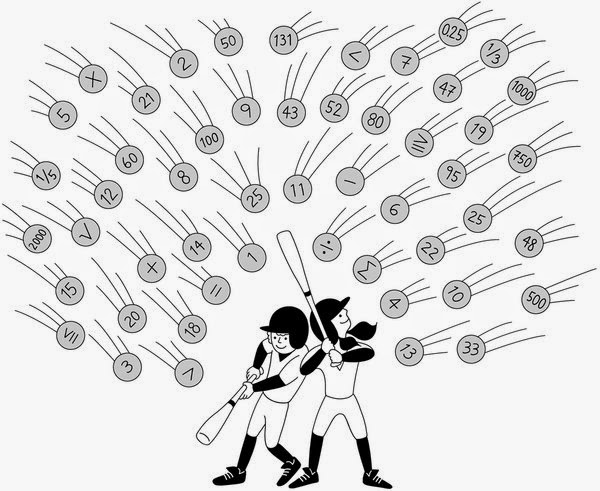 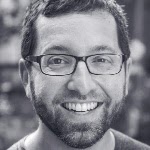 MADISON, Wis. — PEOPLE ask me all the time how they can get their kids excited about math. That ought to be a softball for me, because I teach math for a living. Iwake up excited about math.
But it’s not that simple. With the college students I teach, it’s a straightforward transaction. They’re paying me to teach them math, and my job is to cajole or incentivize them into doing the work that’s necessary to learn the subject, whether they feel like it or not.
It’s a different story with your own children. None of us want to be Leo Wiener. Yes, Wiener helped shape his son, Norbert, into a child prodigy who got a Ph.D. at Harvard at 18, and who later became a groundbreaking mathematician. But this was how Norbert recalled the process:
“He would begin the discussion in an easy, conversational tone. This lasted exactly until I made the first mathematical mistake. Then the gentle and loving father was replaced by the avenger of the blood. ... Father was raging, I was weeping, and my mother did her best to defend me, although hers was a losing battle.”
No parents want this story told in their child’s memoirs. But how can we encourage kids in a difficult task like math without doing so in a way they’ll come to resent?
I found an answer in something my 8-year-old son, C. J., likes even better than math: baseball. Let me be clear here. My level of skill at baseball — actually, with every kind of ball — is pretty much the opposite of my mastery of math. I’ve reached 40 and I still throw in the way that we used to call, before they started showing college softball on TV, “like a girl.”
But C. J. is a baseball fanatic. He lives and dies with the Milwaukee Brewers and he’s pretty set on being one of them when he grows up. He plays Little League with a fierce concentration I seldom see at home. And I’ve learned a lot about what kind of math parent I want to be from an unexpected source — his coaches.
Baseball is a game. And math, for kids, is a game, too. Everything for them is a game. That’s the great thing about being a kid. In Little League, you play hard and you play to win, but it doesn’t actually matter who wins. And good coaches get this. They don’t get mad and they don’t throw you off the team. They don’t tell you that you stink at baseball, even if you do — they tell you what you need to do to get better, which everybody can do.
What does it mean to coach math instead of teaching it? For C. J., it means I give him a “mystery number” to think about before bed. “I’m thinking of a mystery number, and when I multiply it by 2 and add 7, I get 29; what’s the mystery number?” And already you’re doing not just arithmetic but algebra.
For his little sister, who’s 4, that’s too formal. But say we’re at the grocery store and we need four cans of soup and she brings me two, and I say, “so we need three more, right?” and she says “No, Daddy!” That’s really funny when you’re 4. It’s a game, and it’s math.
Lots of games are math. There are the classics you know about: chess, which builds the ability to follow a series of logical steps; Monopoly, which demands basic arithmetic and probabilistic reasoning; and Rubik’s Cube, which is fundamentally an exercise in geometry and group theory.
But there are new classics, too, that weren’t around when you were a kid: Rush Hour, a board game about search algorithms; Set, a study in higher-dimensional geometry in the form of a viciously competitive card game; and DragonBox, an app for phone or tablet that teaches the formalisms of algebra. Every one of these games shows kids mathematical ideas in a spirit of play, which is a big and often hidden part of the true spirit of math.
These games are difficult, but also, for many kids, kind of addictive. Which means they also teach sitzfleisch, the ability to focus on a complicated skill for the length of time it takes to master it. Math needs that. (Baseball does, too.) It fits with the research of the psychologist Carol Dweck, which suggests that mentors should emphasize effort over native ability. We can’t really teach kids to do things; we can only teach them to practice things.
There are many things we’d like to coach our kids to do. And we can’t help playing favorites to some extent. I’ll admit, I’d rather C. J. aimed to be a mathematician than a shortstop. I tried to open his eyes to some more realistic careers that could still satisfy his hunger for the major leagues. “You know,” I told him, “you really like math, and all the teams now have people who work for them analyzing the players’ statistics. You’d probably enjoy that!”
At this suggestion he became agreeably eager. “Daddy, that’s a really good idea,” he said. “Because almost all major league players have to retire by the time they’re 40 — so then I could get a job analyzing the statistics!”
Well, I tried.
Jordan Ellenberg, a professor of mathematics at the University of Wisconsin, is the author of “How Not To Be Wrong: The Power of Mathematical Thinking.”
Posted by Betsy Combier at 6:13 AM