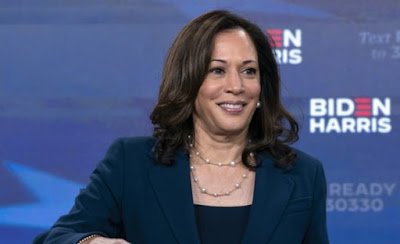 Uh, So What's With This Wife Beater Bail Out Fund Kamala Harris Promoted For Months

Well, I don’t know how much of an impact this is going to have, but it appears Kamala Harris might have a wife beater problem. The Daily Caller News Foundation sifted through some documents to find that the California liberal who was fond of locking up any person for smoking pot as a prosecutor, also peddled a bail fund that helped set free serial domestic abusers. Oh, and the latter didn’t happen like 10 years ago. It was last June. The party of women has Joe Biden’s running mate peddling a fund that’s helping wife beaters be set free. Is that a good look? No. Hell no. And she’s still promoting it (via DCNF):

Two of the men face felony charges for allegedly strangling women in their own homes, and another stands accused of beating his girlfriend upwards of six times with a closed fist, records show. All but one of the individuals had been convicted of prior domestic violence-related charges when the Minnesota Freedom Fund (MFF) helped bail them out of jail, according to court records.

Harris, a California senator, encouraged her supporters to donate to the MFF in June. The fundraising link she posted to Twitter sports her branding and was still accepting donations as of Tuesday.

Harris told her followers that contributions to the fund would “help post bail for those protesting on the ground in Minnesota” against the police-custody death of George Floyd.

The DCNF previously reported that in the months since Harris promoted the MFF, the fund has helped post bail for people accused of violent crimes, including Timothy Wayne Columbus, who faces up to 30 years in prison for allegedly sexually assaulting an eight-year-old girl, according to court records.

Donavan Dexter Boone, 31, was arrested May 2 after he allegedly broke into his son’s mother’s apartment and proceeded to strangle her in front of her minor children, according to a statement of probable cause.

DCNF noted more profiles in their piece while adding that only six percent of Minnesota Freedom Fund’s contributions during the leftist rioting went to bailing out these thugs. Are we shocked? No. Democratic politics is fraught with hypocrisy and double standards. Hey, during these riots, all sorts of thugs were arrested and then released back onto the streets. Why not wife beaters? It’s in keeping with the Left’s abject embrace of lawlessness because Trump is president. It’s also the reason why Independent and soft Trump voters are coming back into the camp as Election Day nears. No one wants this nonsense. And all normal people see is Democrats endorsing it and advocating for it.

Sadly, we'll see if this catches on due to the Supreme Court fight brewing on the Hill in the wake of Ruth Bader Ginsburg's death. It should creep its way into the VP debate, however. We'll see.

Posted by Betsy Combier at 2:30 PM