Sheryl Attkisson: FOIA is a Pointless, Useless Shadow of Its Intended Self

Sharyl Attkisson: Freedom of Information Act Is ‘Pointless, Useless
Shadow of Its Intended Self’

Sharyl Attkisson, a senior independent contributor for
The Daily Signal and former investigative reporter for
CBS News, said she watched her daughter grow up
while she was waiting on the government to respond to
a Freedom of Information Act .

“The broken system is not by accident, it’s by design,” says @SharylAttkisson of #FOIA

Her daughter was 8 years old in 2003, when she
submitted the request to the Department of Defense for information regarding soldier vaccine injuries. Attkisson recounted the story at a hearing on government transparency Tuesday in the House Committee on Oversight and Government Reform.
By the time the Defense Department turned over the documents, her daughter was 18 and getting ready to
leave for college
FOIA should be one of the most powerful tools of the
public and the press in a free and open society,”
Attkisson said. “Instead, it’s largely a pointless,
useless shadow of its intended self.” 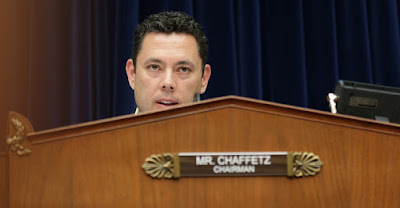 It was a day for reporters to leave the sidelines and testify as witnesses in a hearing called by Rep. Jason Chaffetz,
R-Utah, the committee’s chairman, to shed light on the excessive impediments surrounding the Freedom of Information Act. Chaffetz is leading an investigation into excessive FOIA delays, obstructions and violations,
calling for an “open and transparent” government.
Attkisson testified along with Vice News investigative
reporter Jason Leopold, Newsweek investigative reporter
Leah McGrath Goodman and New York Times assistant
general counsel Dave McCraw. Each shared stories
about excessive delays.

The reporters complained the law, which requires the government to respond to Freedom of Information
requests within 20 business days, with the option of a
10-day extension under “unusual circumstances,” is flagrantly violated or ignored, resulting in an unprecedented backlog in requests.
Leopold said fewer than 1 percent of the thousands of Freedom of Information Act requests he submitted across dozens of federal agencies have been decided within the law’s legal timeframe.
Federal agencies often cite lack of funding and staff as reason for the increase in backlogs, but Attkisson said blame falls on the agencies themselves. She claimed federal officials “intentionally” create delays not because they lack resources but rather to conceal .
“FOIA law was intended to facilitate the timely release
of public information,” Attkisson said. “Instead, federal officials have perverted it and use it to obfuscate, obstruct and delay. The broken system is not by accident, it’s by design.”
Beyond unusually long delays, the journalists on the
panel complained of repeated instances of unnecessary redactions or rejection of requests because of misuse
of the law’s various exemptions.
Attkisson held up entirely redacted documents from the Department of  with the exemption “(b)5” boldly printed in black across the .
Exemption (b)5 is the most widely used. It allows government to withhold what are often referred to as “pre-decisional” documents—a list of applicants or vendors competing for work, for instance—or those that would be available only to opposing parties in a lawsuit.
“These are about HealthCare.gov … nothing that has to
do with national security, nothing that could possibly put
us in danger or help terrorists,” Attkisson said. “(B)5 should be interpreted very narrowly. Instead, they slap that on just about anything.”
This particular exemption, Attkisson said, has become known as the “withhold it because you want to” exemption among those used to receiving the bold, black stamps.
“The exemptions are given much, much too broad a reading,” McCraw said. “Congress is in power to cut
those back, and that’s the single most important thing
that would help.”
To Attkisson, the law can only be fixed once violators are forced to face “meaningful  penalties.”
Under today’s standards, Attkisson noted, agencies avoid punishment by using taxes to pay for fines associated with violations, shifting the burden from the government to the public.
“There are no repercussions for them to withhold material,” Attkisson said. “But there are repercussions if they release information.”
Posted by Betsy Combier at 8:09 PM