The newest rhetoric on teacher evaluation — and why it is nonsense

Carol Burris is the award-winning principal of South Side High School in Rockville Centre, New York, and a frequent Answer Sheet blogger. She just underwent an ordeal as a result of Hurricane Sandy. Here’s what she wrote: 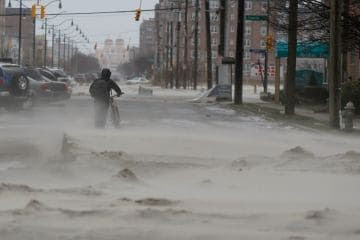 Physically we are fine…we evacuated. I am one mile from the bay, but when it surged, about 6 feet entered my home.  All in the finished basement.  Lost a lot–heating system for the house, hot water and we have no electric. Walls and staircase have to come down.  House smells awful.  Lost lots of furniture, but also pictures, my husband’s Lionel train set from his Dad and all my research from my dissertation. Stuff you can’t get back. Some leaks, a fence down but because we left we did not lose our cars.  We are pretty lucky compared with others.

Yet even while dealing with all of this Carol Burris still keeps writing about the negative effects of school reform. Here she looks at the newest popular rhetoric on teacher evaluation — and explains why it is nonsense. Burris is the co-author of the New York Principals letter of concern regarding the evaluation of teachers by student test scores, which has been signed by more than 1,500 New York principals and more than 5,400 teachers, parents, professors, administrators and citizens. You can read the letter by clicking here. 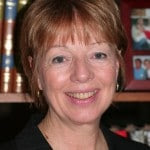 By Valerie Strauss, The Answer Sheet
LINK
Much of the discussion about the use of student standardized test scores to evaluate teachers has centered on how unfair the “value-added” method is to teachers because it is unreliable and can — and does — label effective teachers as ineffective too often. But there are consequences for the students too, and they are just starting to be seen. This is explained by in this post by Carol Burris, the award-winning principal of South Side High School in Rockville Centre, New York. She is the co-author of the New York Principals letter of concern regarding the evaluation of teachers by student test scores, which has been signed by more than 1,500 New York principals and more than 5,400 teachers, parents, professors, administrators and citizens. You can read the letter by clicking here.
By Carol Burris
The first “growth scores” for the teachers of students in Grades 3-8 have arrived in New York State and they are even more problematic than expected. What is happening in New York is happening across our country. The question that those who love our public schools and their students must confront is what credence will we give them and how will we respond.
We know that of all of the many factors that account for the variance in student scores, the teacher is the greatest in-school factor — she contributes more for example, to student test scores than does the principal or the school size. However, factors other than the teacher account for roughly 85-90% of the variation in students’ test scores. Teachers account for only 10-15% of the variance in scores. Some researchers have argued that even that percentage is too high due to the conflation of teacher contribution with class size and peer effects. What that means is that the urban legend that three excellent teachers in a row will close the achievement gap is not grounded in research but rather in speculation.
The shortcomings of evaluating teachers by test scores were apparent in the recent report of the American Institute for Research (AIR), which developed the New York growth score model. AIR, in its BETA report, shows how as the percentage of students with disabilities and students of poverty in a class or school increases, the average teacher or principal growth score decreases. In short, the larger the share of such students, the more the teacher and principal are disadvantaged by the model. I predict that when the state results are made public, you will see a disproportionate amount of teachers of students with serious learning disabilities and teachers in schools with high levels of poverty labeled ineffective on scores. And that label will be unfair.


Likewise, in the model used this year, teachers who have students whose prior test scores were higher were advantaged, while teachers whose students have lower prior achievement were disadvantaged. This phenomenon, known as peer effects, has been observed in the literature since the 1980s. There is no control for peer effects in the model. We will see patterns of low scores for teachers of disadvantaged students. Over time, the students who need the best teachers and principals will see them leave their schools in order to escape the ‘ineffective’ label.
Perhaps the best critique of the model comes from AIR itself. The BETA report concludes that “the model selected to estimate growth scores for New York State represents a first effort to produce fair and accurate estimates of individual teacher and principal effectiveness based on a limited set of data” (p. 35). Not “our best attempt,” not even a “good first attempt,” but rather a “first effort” at fairness.
And yet, across the state, teachers and principals have received scores telling them that they are ineffective in producing student learning growth.
During the first two weeks of September, Principal Harry Leonadartis surveyed principals around the state to find out if the growth ratings they received for their teachers appeared to be an accurate reflection of their teachers’ skills. More than 500 New York principals responded.
Seventy three percent of respondents said that the “ineffective” label assigned to some of their teachers was either not a very accurate or an inaccurate reflection of that teacher based on their observations and the performance of that teacher’s students. A majority said that the scores overall were not a very accurate reflection of teacher ability. Regarding APPR, the state-imposed evaluation system, 81% regarded it as a tool of limited or no value for the evaluation of teachers. Only 19% had a positive attitude toward APPR with minimal concerns. Over 81% described themselves as either reluctant participants or opposed to APPR. More than 1510 New York principals have signed a letter of opposition to APPR which can be found here.
In the comments section of the survey, several principals reported having excellent special education teachers labeled as “ineffective.” One principal wrote: “Two excellent teachers who volunteer to take on my toughest students got an ineffective. Their hearts were broken. So was mine.” Another principal remarked, “The teachers who were identified as ineffective…have been teaching for more than 15 years, and have cared for students in ways that no test can measure.”
Other principals remarked that teachers who received poor ratings were teacher often praised by students and parents alike. Some principals stated that they would change their teacher’s assignment next year and assign them less needy students so that they could protect these excellent teachers from the ineffective rating. The unintended consequences to students are beginning.
How can an evaluation system in which the evaluators themselves have little faith possibly be productive? The question is, what will we collectively, and individually as school leaders do?
There are principals who are bravely standing up. One of them is Don Sternberg, the leader of the Wantagh Elementary School on Long Island. You can read his letter to parents here.
Don wrote:

Of additional concern to me is the relationship between children and their teacher as we move into an era where teacher job status is based upon student assessment scores. Guess what, some children will become more desirable than others to have in class! And, conversely, others will be less desirable. There, I wrote it! That concept is blasphemy in our school where teachers live to prepare children to be productive learners and members of society. Teachers state-wide are worried that their relationship with students might change when they are evaluated based upon their students’ test scores. Teachers want to educate students, not test prep them for job security.

Additionally, what should be shocking to you as a parent is that state and national databases are being created in order to analyze and store students’ test scores – your child’s assessment results and your child’s school attendance! Do you realize that the state has mandated that classroom teachers must take attendance during every math, ELA, social studies and science lesson – everyone, every day for the entire school year! Those records are sent to the state and become statistically part of the teacher evaluation process. It will no longer be enough that your child ‘was in school.’

Rather, if he or she was at a band lesson or out of the room for extra help in reading and a math lesson was taking place in class, he or she will be noted as absent from that instruction. That will be factored into the teacher evaluation….This is all part of the massive, multi-million tax-payer dollar teacher evaluation processes started by our Commissioner of Education, our governor, and our state legislators and fully supported by statisticians employed by the state and assessment-making companies. No one in Albany is selecting to see the end of the journey; that 98 percent of the students graduating from Wantagh Schools go on to two- and four-year colleges. Their myopic view is focused on the ‘parts’, not the whole. Who will eventually suffer? Your children!

Further upstate New York, an outstanding principal, John Mc Kenna, worked with the Niagara Regional PTA to create a resolution against high-stakes testing and teacher evaluation by test scores to be presented at the New York State PTA convention later this fall. You can read their resolution here:
Poverty matters. It does not seal the fate of a child, but if we are to overcome the disadvantages that it brings, we must level the playing field by providing effective supports to poor students and the teachers who serve them. The “no excuses” philosophy which seeks to blame teachers for the burden our entire society must bear is a cold and shameful response to our most disadvantaged students. The waste of billions of taxpayer dollars on testing, test security, test shredding, intrusive data systems and test-score teaching ratings is a violation of the public trust.
How many more brave educators and parents will stand up, speak and say “no more?”
Posted by Betsy Combier at 8:51 AM